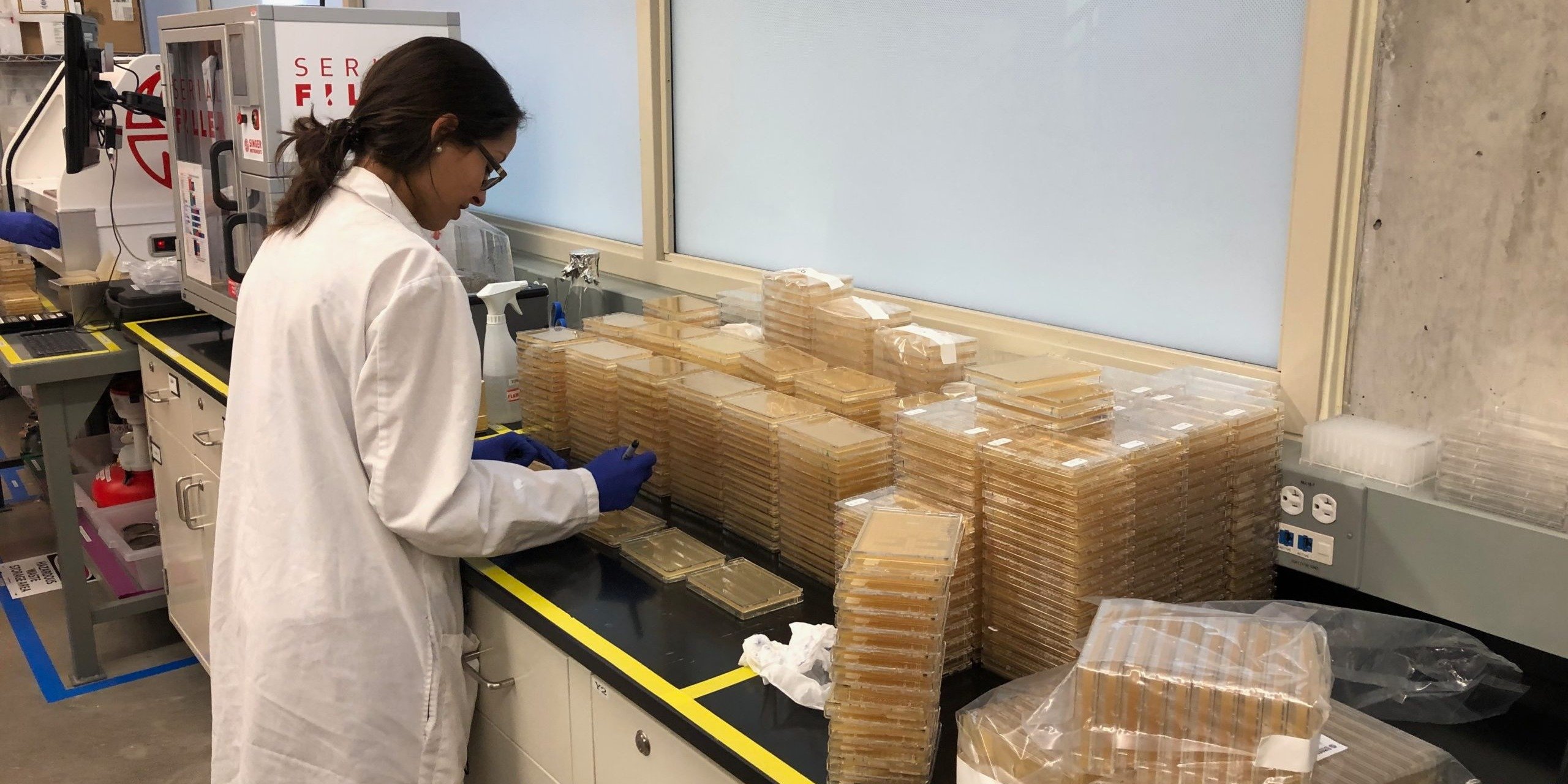 High-throughput genetic screens can produce large data sets that a give a system-level understanding of regulatory networks. They require standardization and optimization of data generation and analysis workflows. This is how one research group overcame issues and successfully automated this process.

The client was interested in better understanding the complex regulatory network controlling cell division in yeast. Since no large-scale genetic screen had been published, the amount of data available was limited. Existing datasets were published by various groups and differed greatly by yeast strain and method. This made it very difficult to compare data produced by different groups to develop a good understanding of the regulatory network.

Since third-party data was too sparse for reliable analysis, they decided to perform a high-throughput reverse genetic screen. They characterized the genetic interactions between the 36 genes involved in the control of the cell cycle in yeast. Using synthetic genetic array technology, they produced all possible double knock-out mutants—1,296 in total. This experimental design would help them detect genes that work together to control cell division.

While the client had expertise in standard yeast genetics and molecular biology techniques, they were struggling to scale up their processes. Their instruments were automated, so they believed they had the resources they needed to pull it off.

The client spent two years on this first attempt to make and test the yeast mutant library. They were producing more data than they could manage, let alone analyze. They desperately needed to automate their workflow and analysis, not just data collection.

Eventually, they had to stop laboratory operations altogether to focus on analyzing all the backlogged data they had spent so much time and effort collecting. They reached out to GenoFAB for help. Data analysis revealed that the experiment relied on a key hypothesis that proved incorrect. In the end, the experiment had to be completely repeated since none of the data collected during the first two years was usable.

GenoFAB helped the client automate key parts of their large-scale yeast genetic screen. Before repeating experiment, we helped the client redefine the entire process. It was essential to get the big picture, from the generation of yeast mutants all the way to the final analysis of the phenotypic data. This global perspective on the project helped us develop the data model needed to capture data at key stages of the process.

This comprehensive approach allowed us to develop project dashboards to record the progression of each yeast mutant separately and consistently throughout the entire project.

Build: production of the strain collection

To minimize the cost of failed experiments, we optimized the data reporting and reproducibility of each process prior to scaling up. To do this, we helped the client design yeast transformation and yeast mating workflows. We also optimized the layout of microtiter plates to facilitate automation. In order to produce more than 5000 crosses, it was important to limit steps that would have slowed down the process or created opportunities for errors.

We simplified and organized sample labels using barcode technology. Successfully completing this project depended on the ability to track thousands of samples at each step of the process.

GenoFAB also helped the client automate collecting the fitness phenotype of yeast mutants. Fitness was determined by measuring the size of individual yeast colonies in a single well of a 96-well plate imager. The entire experiment tested more than 6,000 strains at six different time points on six different media.

We helped the team design plates to ensure that data could be analyzed. It was very important to have the right controls at the right locations on the plate to be able to extract information from the raw data.

We helped manage phenotypic data by designing a custom database to import colony size data produced by the plate imager and connect the phenotypic data and the samples recorded in the Laboratory Information Management System (LIMS).

We developed data analysis services to measure colony size and perform the statistical analysis. These scripts included spatial normalization based on the distance of individual colonies from the plate edge.

GenoFAB developed data analysis scripts to follow the data over time. These scripts estimated the growth rate of colonies of individual mutants. After filtering outliers, they compared these estimates to the control strain. Lastly, they integrated the growth rates with the genetic interaction data to learn how each mutation affected yeast fitness.

The new high-throughput yeast genetic screen solved major reproducibility and sensitivity issues. Though qualitative experiments were commonly accepted standard in the field, automating experimental and analytical steps showed a dramatic improvement. Through the help and guidance of GenoFAB, the client was able to produce quantitative datasets that are more reproducible than the standard qualitative data. They have produced the most comprehensive set of data available to their community of interest. Analysis of this new kind of data is ongoing, but it is expected to become the new standard in the field.

Gene synthesis is rapidly transforming biomedical research. It's important to understand the...

Most recombinant proteins can be produced by simply cloning the corresponding genes into standard...

Scientists in charge of protein expression optimization projects all too often fly by the seat of...